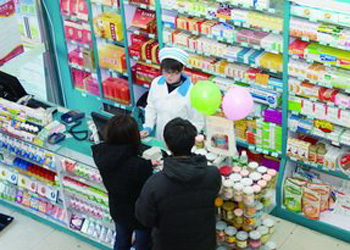 There will be more than 200 Chinese medicines and more than 400 chemical medicines at the end of the 2012 edition of the list of basic medicines. More than 300 new varieties have been added to the 307 kinds of medicines in the 2009 edition of the base medicine list, which was held from December 3rd. The latest news on the 9th China Pharmaceutical Marketing Forum.

In fact, due to the delay in the release of the 2012 edition of the basic medicine list, various circles have also made a lot of speculations and interpretations on the changes in the time, variety, and quantity of the base medicine catalog.

On the forum held on December 3rd, Xu Dong, chief expert from the Medical and Health Industry Development Research Center of Renmin University of China, disclosed that the 2012 edition of the base medicine list will be released by the end of the year, of which the number of Chinese medicines will reach more than 200, and chemical medicine will account for 400 There are more than 2,000 kinds of specifications, of which the exclusive products are more than 40-60 Chinese medicines and 5 chemical medicines.

In an earlier interview, Gan Rongfu, a senior researcher of Sinopharm Holding, once pointed out that the new edition of the basic drug list should be applicable to medical institutions at all levels, ie, the second and third-tier hospitals; the category selection should follow this standard. "Control is necessary, safe and effective, reasonable price, easy to use, both Chinese and Western medicine." A participant also stated that if the new catalog is true, the proportion of proprietary Chinese medicines will increase significantly, which will be of great benefit to companies with a large number of exclusive Chinese medicine varieties.